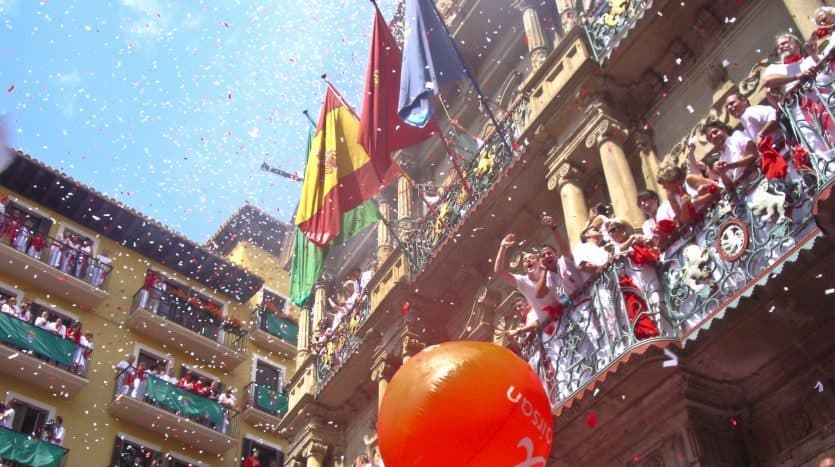 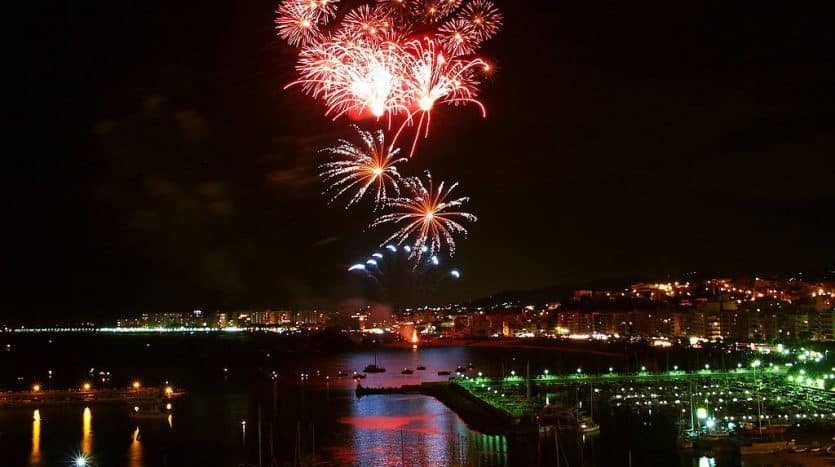 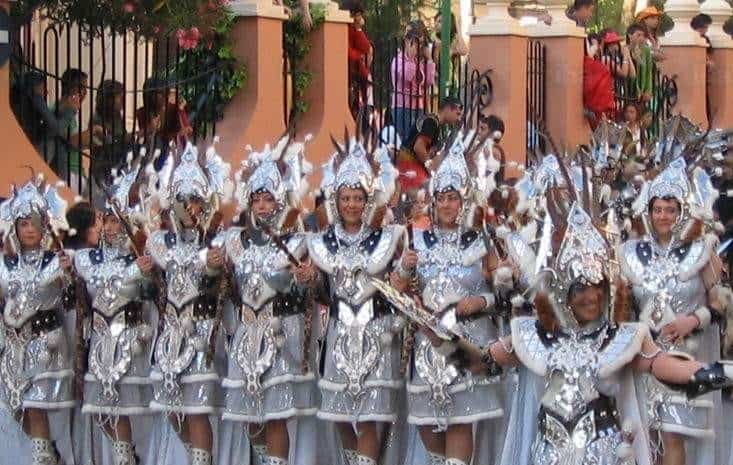 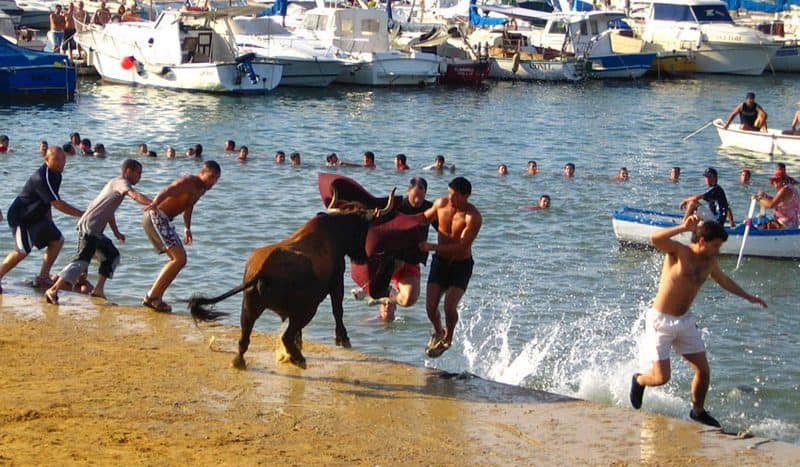 Spain has had a colourful and diverse past, from the early settlements of the Moors through to the Christian settlements of the middle ages –  The Costa Blanca is a rich and vibrant melting pot of cultures and traditions. Each historical period has left its own unique mark on the region and this rich history is celebrated in every village and every town.

Be ready to experience a treat for all the senses – let the music, colours and cultures merge for a journey where anything and everything is possible…

Our journey starts in Altea –the Southernmost point of the Costa Blanca North, we arrive early as 50,000 others will make the tranquil cobbled streets of the old town come alive for the annual Fiesta “Castell de l´olla”. The Fiesta is held in honour of San Lorenzo one of the first archivists and treasurers of the Church and the patron saint of 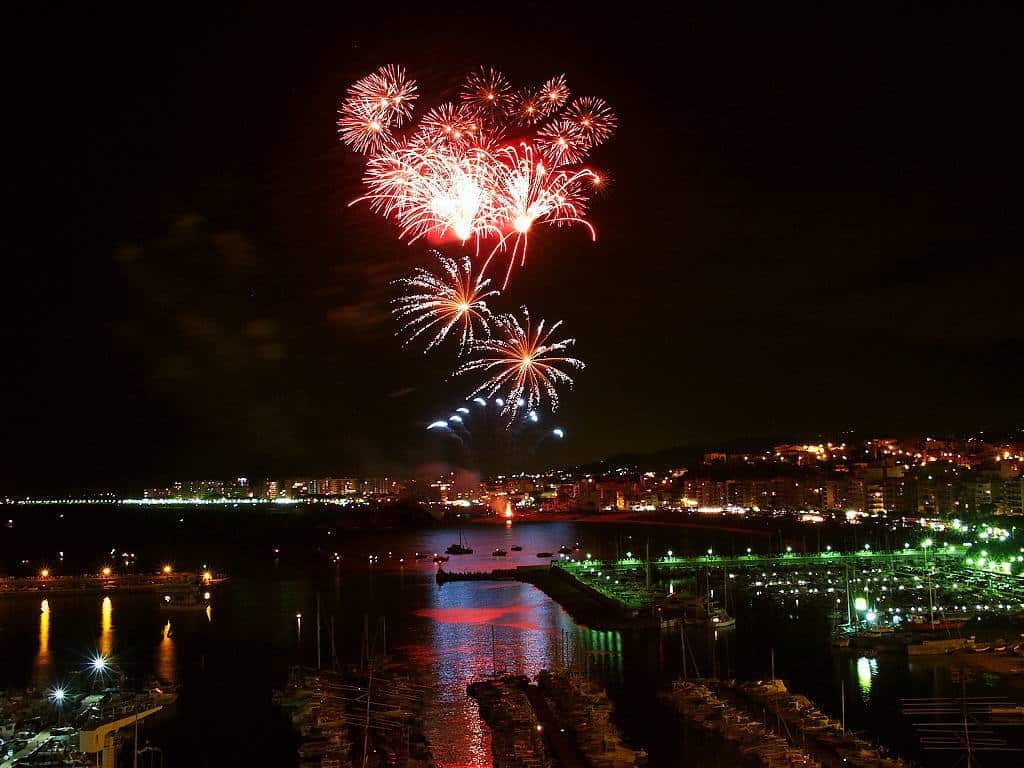 libraries. We find a good viewpoint at the top of the hill near The Virgin of the Consol – “Castell de l´olla” is best known for its spectacular Firework display launched from the sea which casts colours and light across the entire town. Even after the bangs and pops of the Fireworks has stopped rumbling around the mountains – the party continues until the sun rises on a new day and the last of the party goers depart.

With our cameras and appetite for adventure recharged we continue a short distance to the town of Calpe, known for the Fiestas of fire, gunpowder, light, colour, culture and art – each one represented by its own unique event held amongst the different tree lined streets and secluded squares. We soak in the atmospheric performances, music and processions and enjoy some delicious traditional street food before retiring to our beds.

Next we travel a little further north along a beautiful stretch of coast to the town of Benissa, here we spend some time to wander through the unspoilt streets and admire the recently restored whitewashed town houses and stately homes for which have changed only fractionally since medieval times. But we are here to get the very best experience of bygone times at the medieval market which takes place in the shadow of the towns beautiful Church of the Purísima Concepción for “fira and porrat de sant Antoni” an annual weeklong festival.

Our journey takes us a little further along the coast where we discover the twin towns of Teulada-Moraira. First, we reach Teulada which translates to “The Roof” in the locally spoken dialect of Valenciano. It is named so because of its position inland overlooking our next destination – the coastal town Moraira. Teulada is a small and sleepy town for most of the year relatively untouched by tourism, we walk the traditional old streets and come to a lovely main square and sit with locals who have come together to drink coffee and watch as a large Marquee is erected for the upcoming Fiesta. We finish our drinks and travel down to the coastal villiage of Moraira, once a small fishing port it has become one of the most stylish coastal resorts in the area – but has lost none of its charm. This is the place the rich and famous can be found amongst the hustle and bustle of tourists, fishermen and locals. Every year both

Moraira and Teulada are transformed with vibrant street art, performances and fireworks for the week-long Fiesta of Sant Vicent Ferrer who once lived in Teulada. Grand stages are erected both on the seafront and in Teulada square and live music, fireworks and parades can be enjoyed by all the family. But we are told to stay alert as we may need to run, A firecracker signals the start of the “bous to sea” a tradition as old as the town itself.

Having enjoyed the Cosmopolitan town of Moraira we continue past rocky coves and magnificent cliffs towards Benitachell, arriving at the Summit of the Sun on aclear sunny day and are instantly mesmerised by the panoramic views as far as Calpe to the North and Javea to the South, out to sea we can just make out the hazy silhouette of Ibiza and admire the beauty of the Valley below. The distant sounds of music and laughter remind us we are never too far away from a Fiesta. In Benitachell people are already enjoying the “saw i it fava”. On arriving ourselves into Benitachell we are offered a taste of delicious locally produced wines and beans that are characteristic of the area.

With our backpack now full of local food and drink we take the coast road to Javea, village of contrasts, having already heard about the stunning sandy beaches and its historic centre. On arriving we visit Javea’s famous Gothic church before heading down to the promenade and choose a restaurant overlooking the beach. But we are here to experience another of the regions great Fiestas – “Jesus of Nazareth” which is why the streets are dressed with crosses adorned with flowers. We find a good place to watch the traditional parade and then join in the street disco which carries on until 4am.

At the North end of Javea is a famous Elephant shaped mountain whose trunk rests in the beautiful crystal blue sea of the Mediterranean. Beyond the Montgo and its stunning protected national park. lies the city of Denia. The climb to the top of the Montgo is tough but rewarding with views of both Javea and Denia stretching out before you.

In Denia the atmosphere is electric. On every street corner is a giant sculpture – each of great beauty and stature.

However, this evening they will be gone. Each one to be burnt to the ground during Las Fallas the Fiesta of fire! Only one of the Fallas will remain – the one that is deemed to be the best. As the Parade around the Fallas finishes one by one each of the giant sculptures is set alight as parties begin to warm up in every street, square and km of beach. Restaurants and bars are overflowing with happiness, laughter and cheer.

And so, as the fires begin to fizzle out our journey also has to end… but not for long as in Spain the Fiestas never stop.

Why Move to The Costa Blanca?

Register here! Forgot Password? Back to Login Return to Login